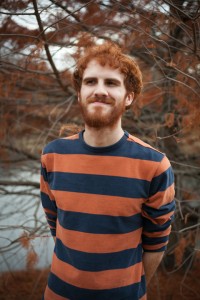 Nicholas Spurrier is a professional pianist, private piano instructor, accompanist, multi-instrumentalist, composer, arranger, producer, lyricist, and all around musical enthusiast currently living and working in the Dallas/Fort Worth Metroplex. He is also the co-founder/co-leader of the rock band Lindby, and pianist for Lindby’s jazz combo.

Since starting the piano at age eight, the past 18 years have led Nicholas to take on the tenor and bass trombone, guitar, bass, voice, and drums – as well as developing a love for composition which led to his major of choice.

Nicholas began a private piano studio in 2008 at Cornerstone UMC in Garland, Texas after becoming the church’s pianist one-year prior. Since then, he has taught dozens of individuals ranging from ages 4-64 with many different experience levels and has expanded his studio out into the Flower Mound/Lewisville area in addition to teaching at the church. He currently studies under the instruction of Mike Springer: a brilliant pianist, instructor, composer, and Cornerstone UMC’s former pianist.

In the Fall of 2010, Nicholas received his Bachelor’s of Music in Composition (with piano as his principle instrument) from the University of Texas at Arlington.